A girl poses for a photo in front of a Christmas tree in downtown Beirut, Lebanon, Dec. 25, 2021. (Credit: Xinhua) 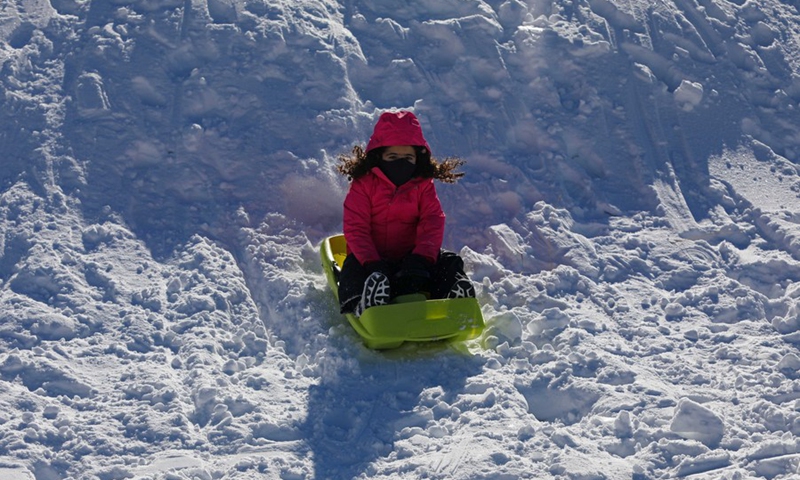 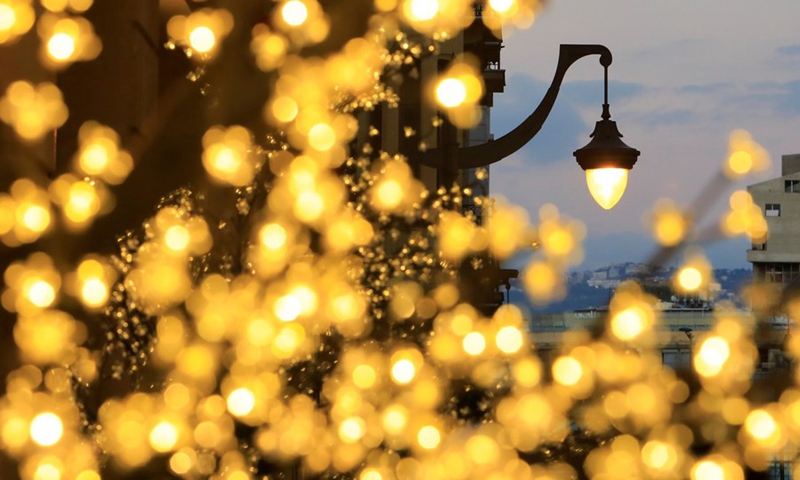 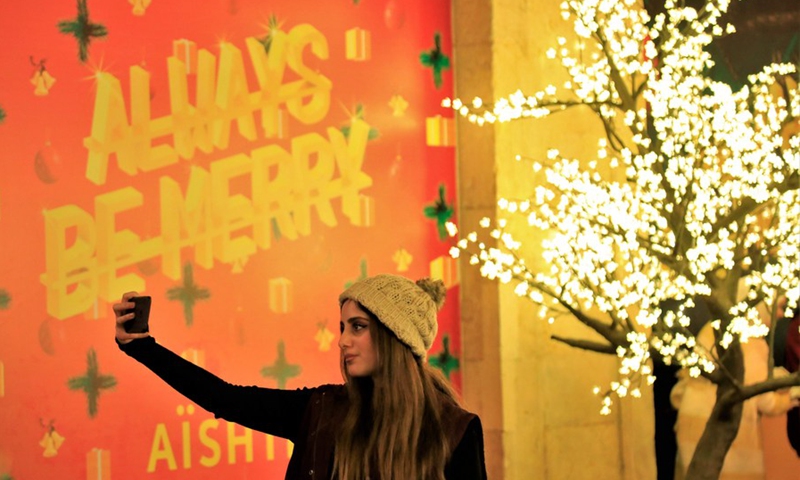 Lebanon’s hotels have suffered a sharp decline in occupancy over the past year, but the New Year holidays bring a glimpse of hope for the sector, with bookings seeing a slight increase in recent days , Pierre Ashkar, head of the Syndicate of Hotel Owners in Lebanon, told Xinhua.

Ashkar said the monthly average occupancy rate over the past year was around 23%, but hotel reservations in Beirut for the period from December 28, 2021 to January 1, 2022 had dropped to about 50%.

He noted that bookings at the very few hotels in Faraya and Faqra, villages known primarily for their snowy slopes, rise to around 75% in New Years.

“Most of the demand for hotel rooms in Beirut and mountain areas during the holiday season comes from Lebanese expats arriving from the Gulf and African countries,” Ashkar said.

Ashkar attributes the low hotel occupancy rate to political instability that has forced the United States, Canada and many countries in Europe to warn their citizens against travel to Lebanon.

He added that the diplomatic row with Saudi Arabia deprived Lebanon of Gulf tourists who spent at least 15 days in the country while allocating a big budget for spending during the Christmas and New Year holiday season.

“It’s a pity to have lost a large number of tourists from different places,” he said.

Ashkar noted that the tourism sector generates around US$10 billion in annual revenue, which has fallen to US$3 billion in light of political instability and the COVID-19 outbreak.

“A large number of hotels have closed instead of maintaining operations and suffering increased losses in the absence of tourists amid the current increase in spending,” Ashkar said.

Hotels surveyed by Xinhua reported a sharp decline in occupancy throughout the year, with the exception of the five-day New Year holidays, which recently saw a surge in demand for hotel rooms. .

“We have suffered throughout the past year to be able to achieve 35% occupancy in our hotel, but the demand for rooms during the New Year holidays is acceptable,” said Ayman Nasreddine, Director of Operations at the Cavalier Hotel, a four-star hotel. in Hamra, told Xinhua.

“Most of the demand comes from Egyptians at an average rate of US$70 per night compared to US$120 in the past,” Nasreddine said.

Similarly, Rami Fakhreddine, front desk manager at the 35 Rooms hotel in Beirut, told Xinhua that most of the New Year’s demand at his hotel comes from Egyptians who now see Lebanon as an affordable destination. given the collapse of the local currency against the US Dollars.

“There were also a lot of parcels to Lebanon which were in high demand by Egyptians,” he said.

Dalia Doumani, reservations manager at Riviera, a five-star hotel in Beirut, told Xinhua that reservations at her New Year’s Eve hotel have reached around 60 percent so far and are expected to increase in the coming days.

She noted that even Lebanese expats who are paid in US dollars consider prices too high when converting to Lebanese pounds in light of the local currency’s collapse, which also explains lower occupancy rates by compared to previous years.

Previous Order: 2021 has been a hot year for restaurants in the Richmond area
Next New Year’s Eve festivities offer a glimmer of hope for Lebanese hotels affected by crisis