The Best Restaurants in Asheville, NC, According to Chef John Fleer

The Best Cuban Restaurants in Philadelphia

Chef John Fleer is one of the top chefs in the South and his resume showcases the region’s most prestigious restaurants. He was nominated for several James Beard Awards and worked at Blackberry Farm in Walland, Tennessee. Fleer’s latest restaurant, Benne on Eagle, opened in The Block, Asheville’s historic African-American business district.

“Benne’s mission is to tell the story of a once prosperous neighborhood, and also to plant a flag for that story so it doesn’t get eroded further,” says Fleer. “By telling the story, we keep it alive and hopefully help the neighborhood usher in a prosperous new era.”

Benne takes its name from an inherited sesame seed that was brought from West Africa to the south by slaves. The menu incorporates not only the seed, but also a mixture of spices and West African peanuts called suya.

“We thicken and flavor our rib sauce with ogbono, the seed of the wild mango tree. We love exploring pulses and rice, creamed peas and Jefferson red rice, both of which we buy from Anson Mills.

Fleer worked with head chef, Ashleigh Shanti, and culinary mentor, Hanan Shabazz, to shape the flavors of Benne on Eagle. Visitors to Asheville can sample regional ingredients at three of Fleer’s restaurants, as well as some of his other favorites, listed below. 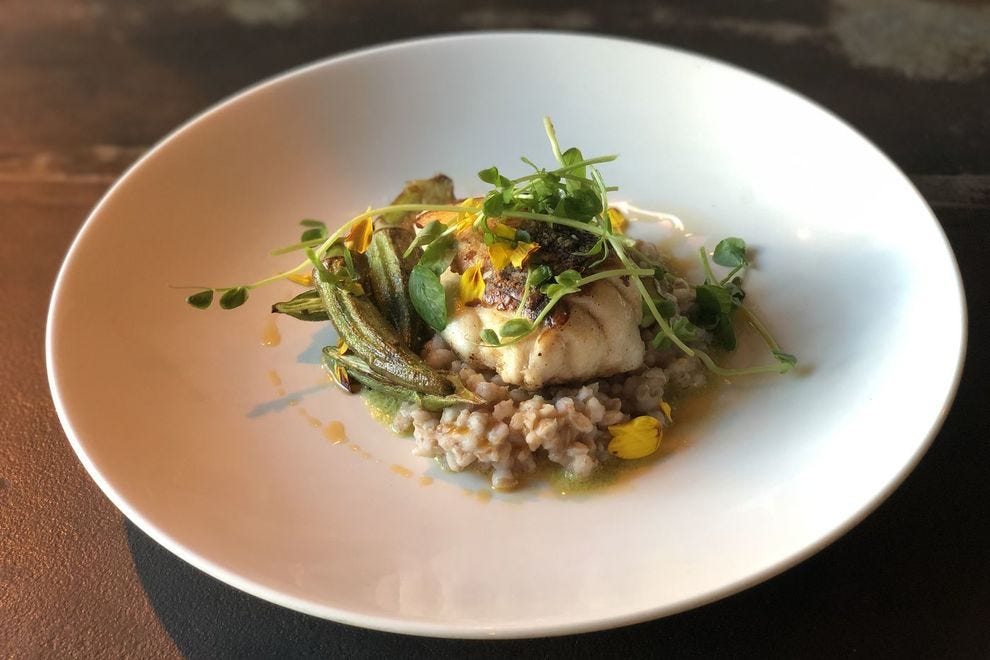 Known for its seasonal ingredients, Rhubarb is one of downtown Asheville’s most popular restaurants, also run by Chef John Fleer. The menu is full of the best local produce and protein like cheese, greens and fish.

“All vegetable dishes are exceptional, thanks to great local farmers like Gaining Ground,” says Fleer.

While dinner is the main draw, the restaurant also offers brunch. It’s the best the South has to offer in terms of community and food. 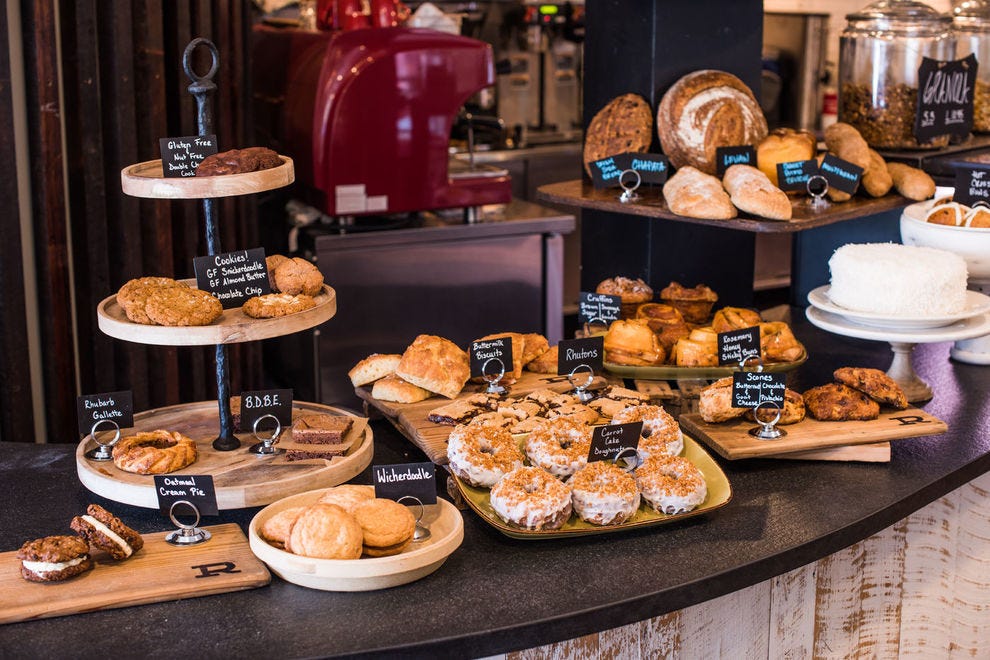 Around the corner from Rhubarb is The Rhu, a casual cafe inspired by the sister restaurant. Their menu includes breakfast sandwiches like the pastrami bagel, as well as hearty sandwiches and salads.

“At least once a week I have the Rhu salad and a locally brewed Shantie Elixirs jun,” Fleer said. The salad includes local cheese and a seasonal dressing. Shantie Elixirs is an Asheville producer of flavored fermented tonics similar to kombucha.

The same delicious ingredients that are incorporated into Rhubarb’s menu are for sale in Rhu’s pantry. They also have soaps in small quantities, tea and country ham. It’s the perfect place to buy gifts or assemble a picnic basket. 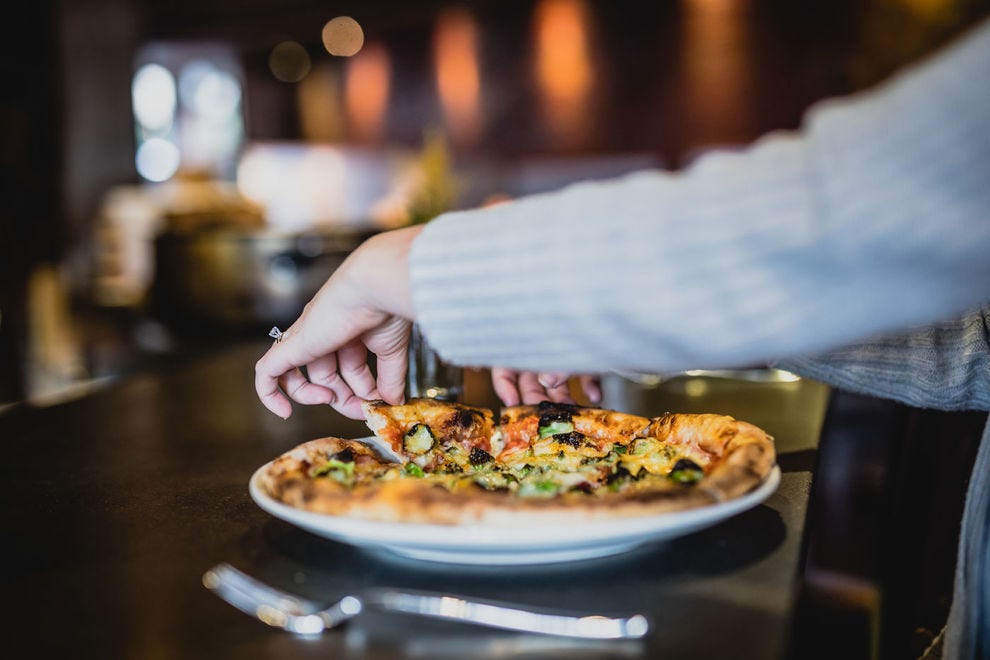 This cozy Wall Street restaurant was opened by chef Brian Canipelli in 2008. Cucina 24 prides itself on incorporating Southern ingredients into traditional Italian dishes. The menu changes daily, but you can find polenta, sweetbreads, wood-fired pizzas or homemade pasta.

But don’t sleep on the sides. “Eat any vegetable preparation that Brian Canipelli suggests,” advises Fleer. Turnips braised in butter with mint and Calabrian chilies are a crowd pleaser, each plate artfully put together.

Pizza of all souls

Located in Asheville’s trendy River Arts District, All Souls Pizza is the perfect place to grab a meal before visiting one of the many local breweries. It is a stone’s throw from Wedge Brewing Company and the east coast operations of New Belgium Brewing Company. Opened in 2013 by chef Brendan Reusing and baker David Bauer, the restaurant emphasizes grains. They actually make their own flour and polenta, and they source their meat and produce locally.

“[All Souls] is best known for their pizzas, which are all delicious, but I also love their salads. Wood-fired pizzas come with toppings like chorizo ​​and soppressata. 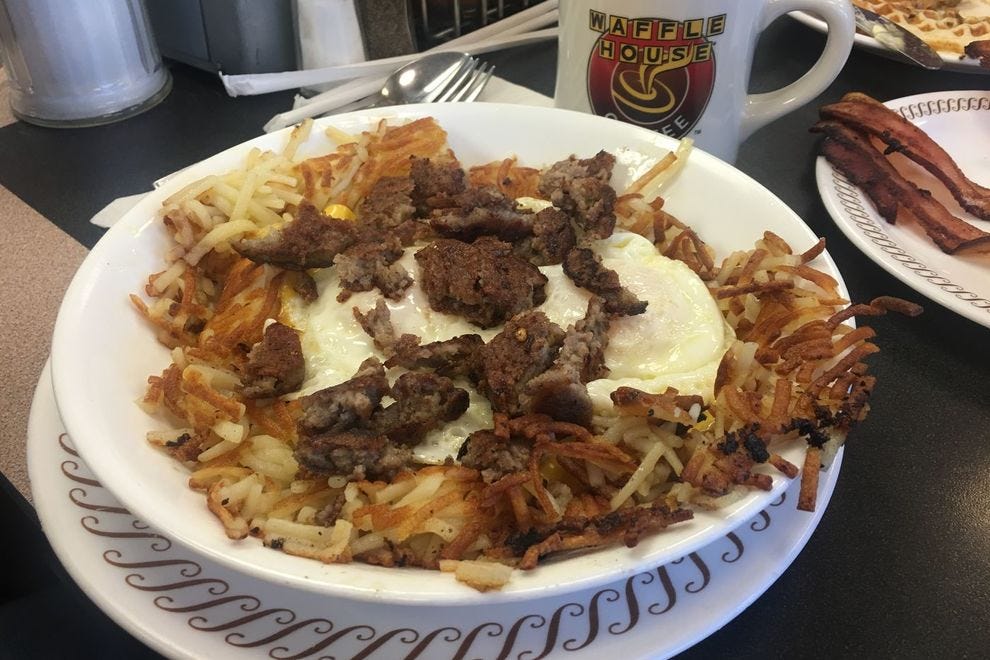 There’s nothing more southern than Atlanta’s Waffle House. The restaurant has locations throughout the region, all open 24 hours a day – the ideal meeting place for members of the restaurant industry. Although they’re known for their waffles, that’s far from the only thing you’ll find. Where else can you find a sirloin steak next to a chili burger or an omelette?

Fleer likes the Asheville location for its breakfast bowls: “Yeah, the one in Tunnel Road does a bowl of hash browns – sausages and sunny eggs with a healthy dose of pico from the jar on the table are the path to follow.”

This list is based on feedback from previous customers. Unsplash Scots and Africans started living …